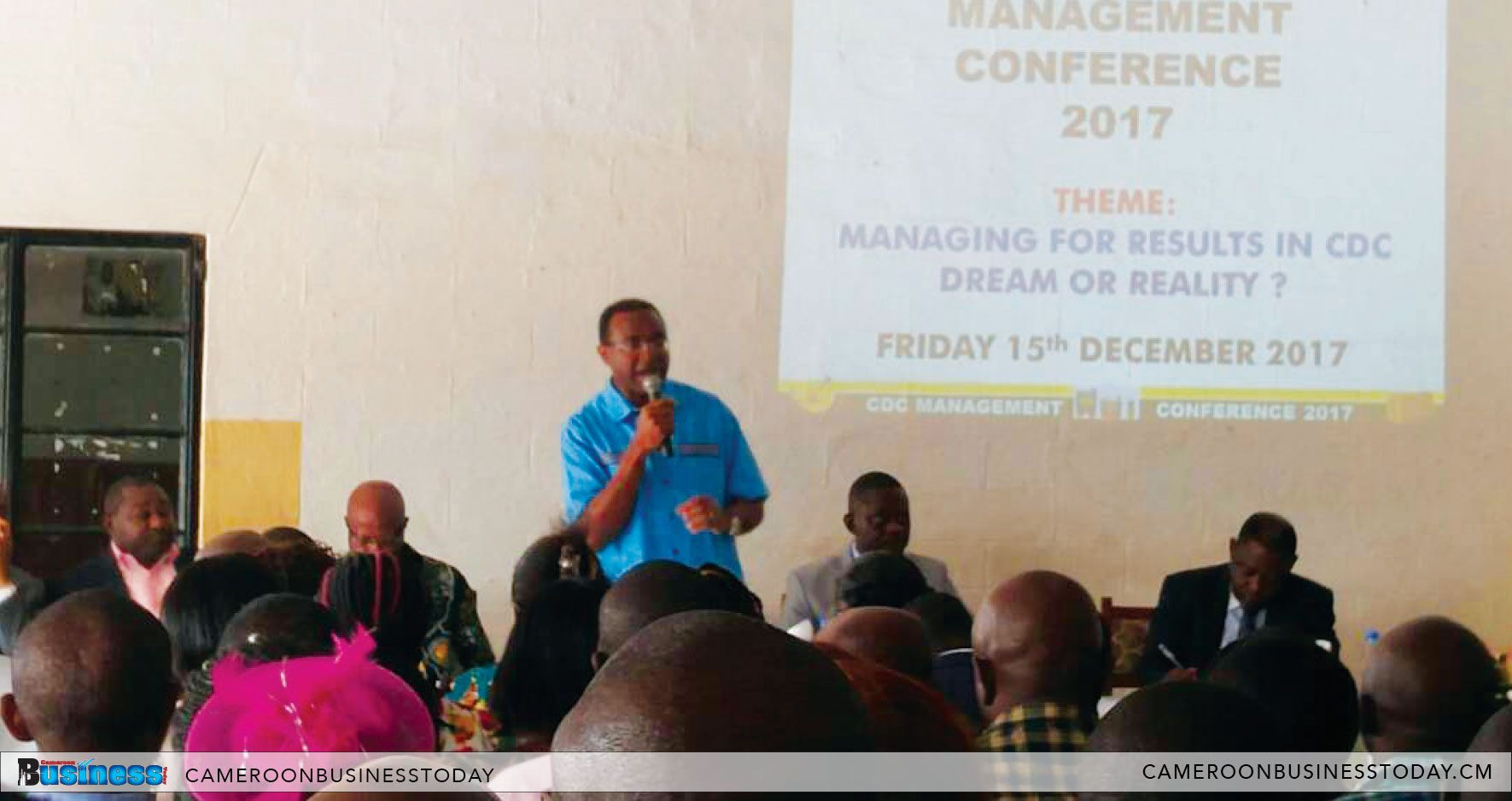 The management of the Cameroon Development Corporation (CDC) meeting in Limbe on December 15, 2017 is seeking ways of doubling the production of its three principal produce. These are rubber, banana and palm oil with its related by-products. The General Manager of CDC, Franklin Ngoni Njie said that there is a national palm oil deficit of more than 1,000 tons. He also estimated that they could double CDC rubber production from the present 18, 000 tons to 36, 000 tons. Another worry he brought forward without stating figures is the low productivity in the Banana sector. To all these, Franklin Ngoni Njie said that CDC has succeeded in carving out a niche for itself in the market because of its quality products. As such if the corporation doubles its production, everything will be sold. The purpose of the meeting was to identify ways of realising the target of doubling production in 2018 taking into consideration the existing constraints.

All the three Managers of Group Banana, Rubber and Palm Oil took to the rostrum elucidating their colleagues on what specifically need to be done to double production in each of the sectors. Kuve Donald Ekema, Group Manager of Rubber said their target for next year is what management has set. The Group Banana Manager on his part said his sector has an additional 400 hectares of land to be planted next year.  On the shortage of electricity that affects the irrigation of banana, the General Manager disclosed that hundreds of millions have been invested in power generators to bridge the absence of power supply. The conference held on the theme, “Managing for Results in CDC. Dream or Reality?” also saw the participation of Area Managers and Estate Managers.