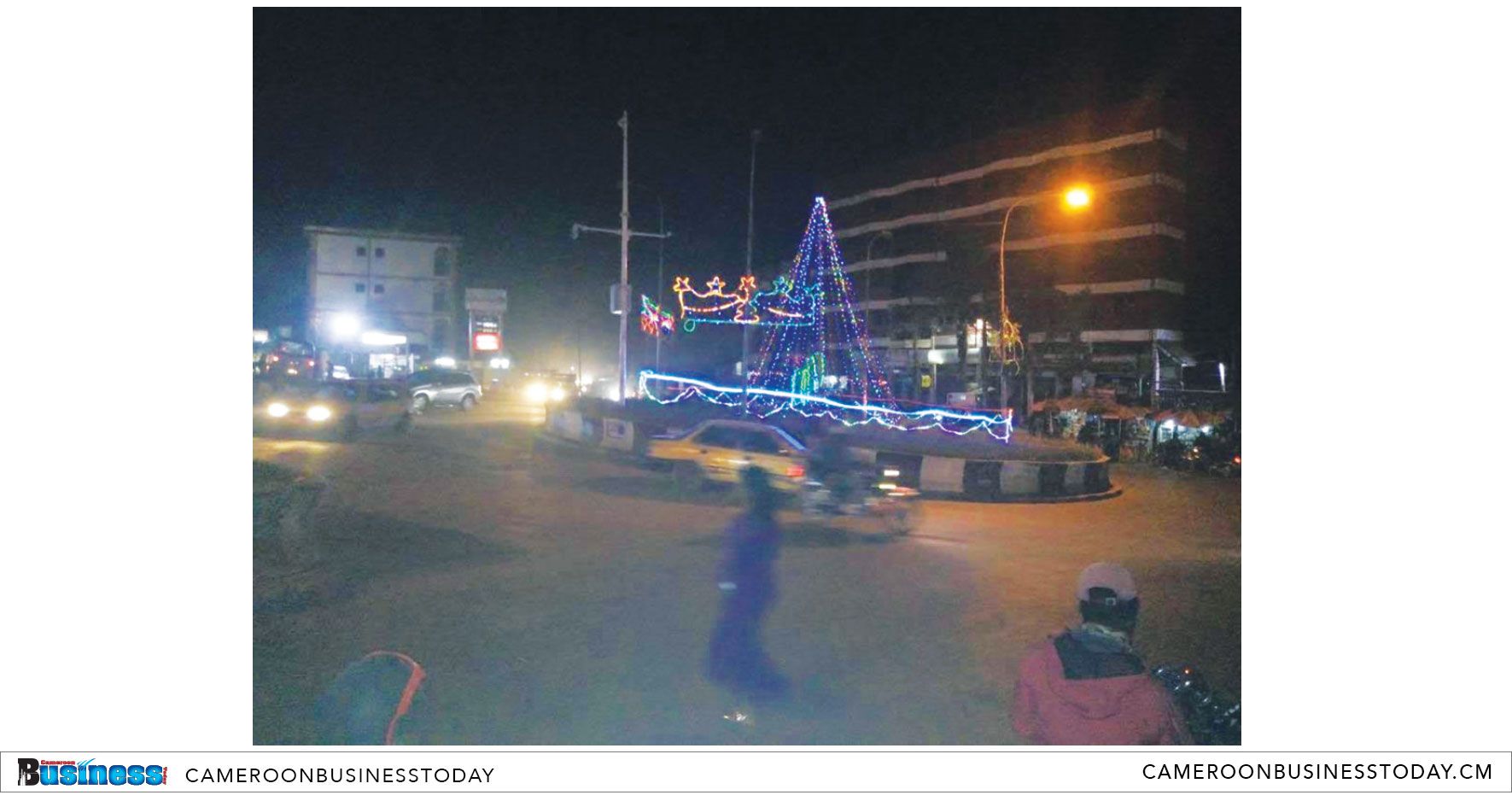 Citizens of Bamenda, North West Regional capital have begun to feel the effervescence of end-of-year activities. It is a busy season in the city as people shop for Christmas and New Year feasts. While some have already started shopping, others are still waiting for the last minute. Ghost towns that take place every Monday on the behest of protesters is not helping matters as people have to shop only from Tuesdays to Saturdays. The streets are busy on a daily basis and one could find Christmas trees sold here and there. Clothes, shoes, toys and many other items often offered as gifts during this period are sold on every street corner. Many people have put up colourful decorations in their different job sites.

The Bamenda City Council for its part is bent on decorating the city and making the town more beautiful despite the challenging times. Christmas songs and lighted trees could be heard and found on the main junctions of the city like City Chemist Roundabout, Hospital Roundabout and Finance Junction. The company in charge of making Bamenda beautiful is the Integrated Centre for Technological Advancement ICTA. Its workers could be seen Monday December 11, putting up street lights and decorating the streets.  The Director of ICTA, Gordon Anyele told Cameroon Business Today that they will decorate the entire city from one end to the other. He revealed that last year the Bamenda City Council spent FCFA 10 million to decorate the city but this time around only FCAF 5 million was offered, an amount which he said is too small for the job. He also complained that at times the decorative lights are destroyed by unstable voltage. “We are always on the field doing repairs” Gordon Anyele complained.

Despite the crisis rocking the region, the population is still feeling the end-of-year fever and are making the best out of it. Businessmen testify this year is better than last year as the turnout keeps increasing day by day. “The atmosphere was very tense last December but now that the city is relatively calm, business is better” Courage Ndi, a business lady in Bamenda said.