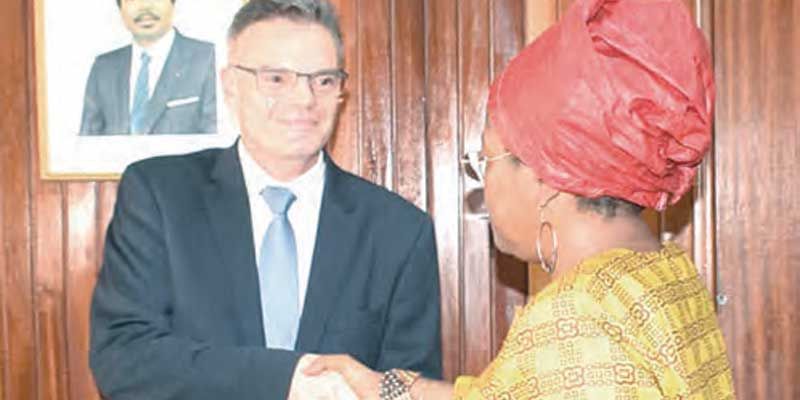 The Partnership Agreement falls within the framework of the Support Programme for Municipal Development while reducing the digital gap between urban and rural areas.

An Accord in line with the implementation of the ‘Multipurpose Community Telecentre’ project was signed between the Minister of Post and Telecommunications (MINPOSTEL) Minette Libom Li Likeng and the Director of Programmes of the German Society for International Cooperation (GIZ) Arnim Fischer on November 27, 2018 in Yaounde. The consensus is meant to enable Cameroonians both in rural and urban areas access communication facilities. The ‘Multipurpose Community Telecentre’ project which is a communal infrastructure, would provide telecommunications, computer, audio-visual and internet services from terminals made available to communities to enable them communicate at an affordable price. The initiative which is within the framework of the support programme for Municipal Development (PRADEC/PROMUD) has four objectives; the improvement of council revenue, to elevate cooperation between councils and state institutions through  local development services, the maintenance, control and management of public infrastructure, and finally, to reinforce the capacity of multipurpose community telecentres in furnishing digital services. GIZ will support four Multipurpose Community Telecentres retained during the pilot phase of the project. This would include; Bibemi and Mandama  in the North Region as well as the Idenau and Bakingili in the South West Region. To MINPOSTEL boss, the programme launched in 2006 did not succeed due to the inefficiency of the model. ‘‘The Agreement would change the management of community telecentres in the country. We are going to experiment with GIZ in introducing new ways of managing Telecentres, and together we will draw-up new models and spread them to all the telecentres in Cameroon so that they can serve as tool to develop our digital economy’’ she stated. According to GIZ Director, Arnim Fischer ‘‘The programme will access local communities specifically, the local administrations in fulfilling their roles. MINPOSTEL has created a greater opportunity to connect populations with the local administrations. The telecentres also have the possibility to provide certain services apart from economic operations. Our contribution will not only be to look at the economic management but help actors in the different communities to develop certain actions which will be to the benefit of the population.”

Commemorative activities of the event took place a...