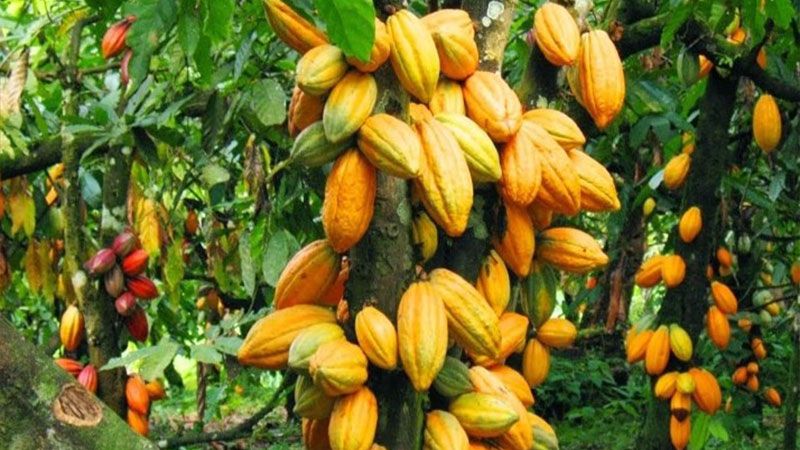 New plantations have and are still being created in some Sub-divisions in the Moungo, Nkam and the Sanaga-Maritime Divisions.

Cocoa is one of the major cash crops cultivated in some Divisions in the Littoral Region. The crop, that takes at least three years to start bearing fruits, has proven there is a lot of money in the cultivation and new plantations have been created in three of the four Divisions of the Littoral Region. According to statistics from the Regional Delegation of Agriculture, arable land increased from 30,220 hectares in 2013 to 37,748 hectares in 2017 while yields increased from 18,132 tons to 24,520 tons respectively. The increase in cultivatable land by 7,528 hectares with 4,675 hectares added between 2015 and 2016 is telling of the financial benefit of the business. Proper training of farmers on good agricultural practices by a programme in the Regional Delegation of Agriculture dubbed GIZ is a booster to cocoa farmers as well. In the Sanaga Maritime Division, investors have opened new plantations in Massock, Ngambe, Ngwei and Pouma Sub-divisions. New plantations have also been noticed in Yabassi in the Nkam Division while new plantations are also being created in Mombo Sub-division of the Moungo Division. According to Guillaume Tjeega, who is an Agricultural Engineer and the Chief of Service of Agricultural Development, it takes about FCFA 680,000 to open a hectare of cocoa plantation. “The finances entails clearing, falling of trees, b u y i n g plants, digging of holes, transportation and planting among others. The cost of production is usually higher than the yields for the first year of cultivation given that it takes at least three years to harvest the first fruits. For the first year, the Agricultural Engineer disclosed that the yield might be about 200kg and can increase to about 500-600kg during the second year then to between 800 and 1500kg after five years. The crop once planted can produce cocoa pods for as long as 50 years depending on how well the plantation is treated. The minimum price per kg is FCFA 750 but there are times it goes up to FCFA 1,500 since the price is determined by the international market.