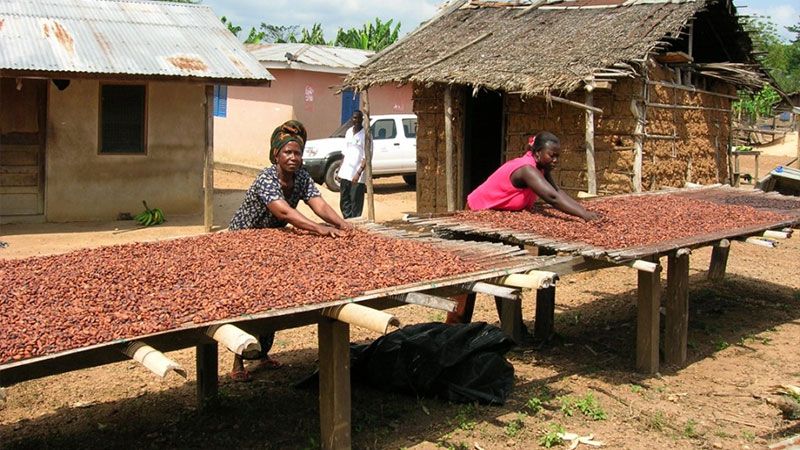 Farmers in all Divisions in Littoral except Wouri are reaping the fruit of their labour.

Cocoa production is gaining grounds in the Littoral region with new plantations being created in three of the four Divisions; Moungo, Nkam and Sanaga Maritime. The currency-getting alertness of the cocoa business has pushed farmers to extend their arable land and new farmers entering the lucrative sector. Though much is spent to open a cocoa plantation, the benefit that starts accruing after three years continues over 50 years depending on how well the plantation is taken care of. Once established, only treatment and clearing of weed at most twice a year is needed. With the creation of new plantations in the region, a Senior Engineer in the Regional Delegation of Agriculture, Jokung Ndongmo Josée Cécile Epse Feudjio, disclosed that production increased tremendously in the last five years. Going by statistics from the delegation, production increased from 18,132 tons in 2013 to 24,520 tons in 2017. Of the 6,388-ton increase in five years, 3,031 tons increased between 2015 and 2016 cocoa season which no doubt was the best in five years. Though most of the cocoa produced is of good quality, farmers are however faced with some problems. There is no local market for cocoa which has resulted to each farmer taking individual decision on when and how to sell the cash-crop. Thus, making ways for intermediaries, who more often benefits more than the famers. Agricultural Engineer and Chief of Service for Agricultural Development in the Regional Delegation of Agriculture, Guillaume Tjeega said the negotiators benefit more than some farmers because they buy very cheap and sell really expensive to cocoa merchants. In Nkondjock which is the biggest production zone in the Nkam Division, intermediaries abound. Cocoa is also produced in huge quantities in the Ndom and Nyanon Sub-divisions of the Sanaga Maritime Division. Other production basins include the Mbanga, Nlonako, North Makombe and Yingui Sub-Divisions. Though the cocoa beans are mostly exported, local processing is also carried out by some home industries while artisanal processing is also carried out by some small and medium-sized enterprises including TARA SAS that produces chocolate bars.

Spicy: Seasoning with a Difference