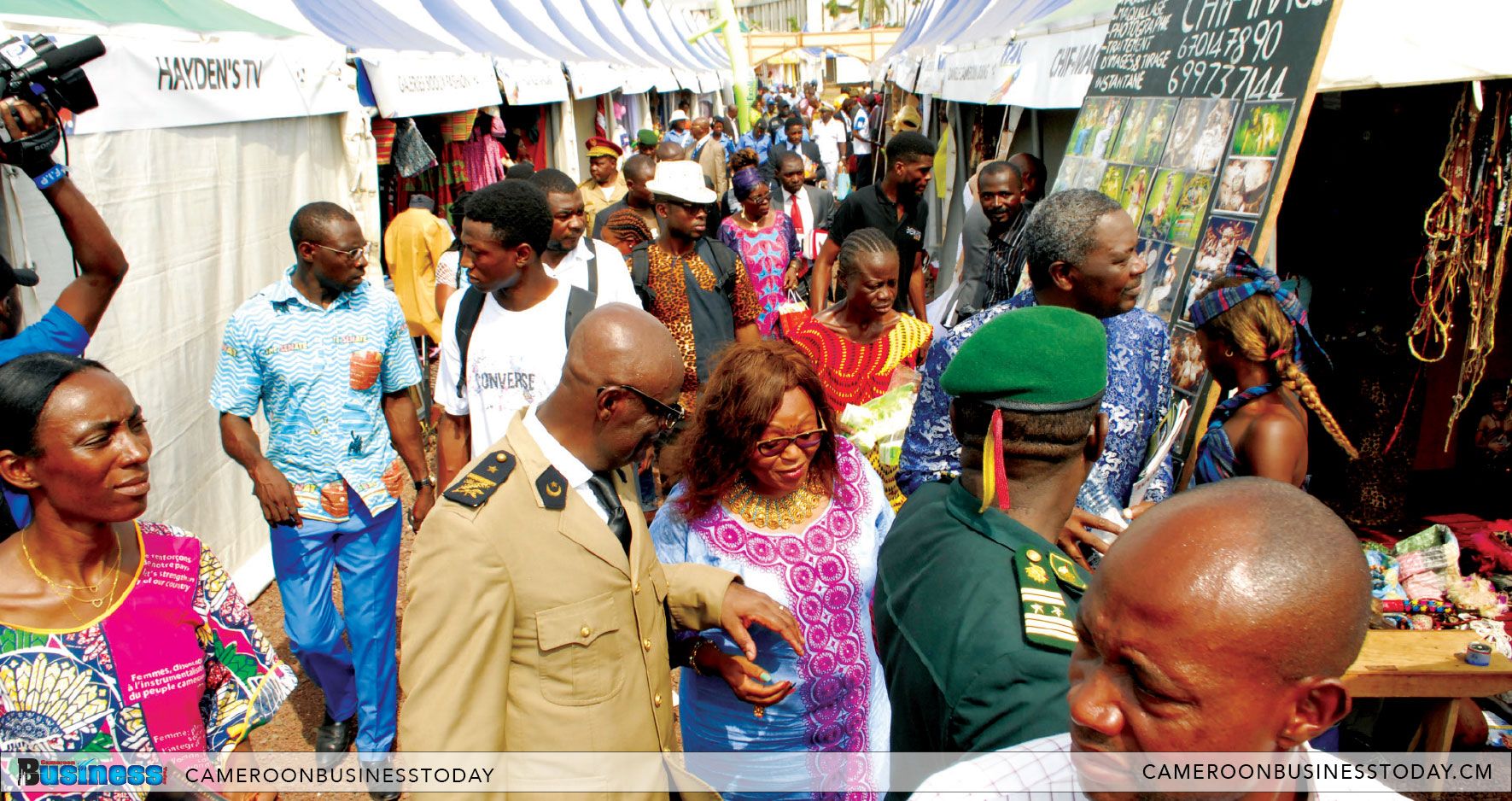 The first ever International Business and Trade Fair dubbed FIAC, placed under the patronage of the Head of State is ongoing in Douala with over 500 exhibitors at the esplanade of Camtel in Bepanda. The trade fair that will last for two weeks was officially opened by Trade Minister, Luc Magloire Marga Atangana on behalf of the Prime Minister on Monday March 26, 2018. The pioneer trade fair brought enterprises from Pakistan, South Africa and Sudan to network with Cameroonians under one roof. The trade fair will not only foster corporation ties between Cameroon and the aforementioned countries, but will also pave the way for more made in Cameroon products at the international scene. Making allusion to the Head of State’s speech at the Ebolowa Agric Show that encouraged Cameroonians to consume what they produce and produce what they consume, Trade Minister disclose that FIAC promotes made in Cameroon products. He further disclosed that 44 of 55 countries in Africa have adhere to the Act of Free Trade in the African continent that will be dedicated to original products. The continental market that will consist some 1.2 billion consumers is a historic opportunity for Cameroon to position its products on the front shelves.

According to FIAC’s Communication Department, the 500 exhibitors registered in the pioneer trade fair does not necessarily refer to 500 enterprises because among are institutions and syndicates and going by their information sheet, there are about 200 enterprises drown from 12 different major sectors including tourism and leisure, high-tech and household appliances, logistics and transport, banking and insurance, wine and spirit, health and cosmetics, gastronomy and agribusiness, agro industries and media among others. Though Douala in particular and the country at large is known for organising different trade fairs including Promote and PME Exchange, FIAC has its particularities.

According to the organiser, FIAC is pure business; selling and buying and not to showcase know-how. Pierre Zumbach, the President of the Inter-Progress International Foundation, who has been mandated by the Cameroon government to organise the trade fair, sees FIAC as a new trade hub and a real platform for better sales and better consumption. FIAC’s esplanade of 35,000m², considered as the largest commercial platform in Central Africa, is telling of the economic benefit of the event to Cameroon. The International Business and Trade Fair will run till April 8th.