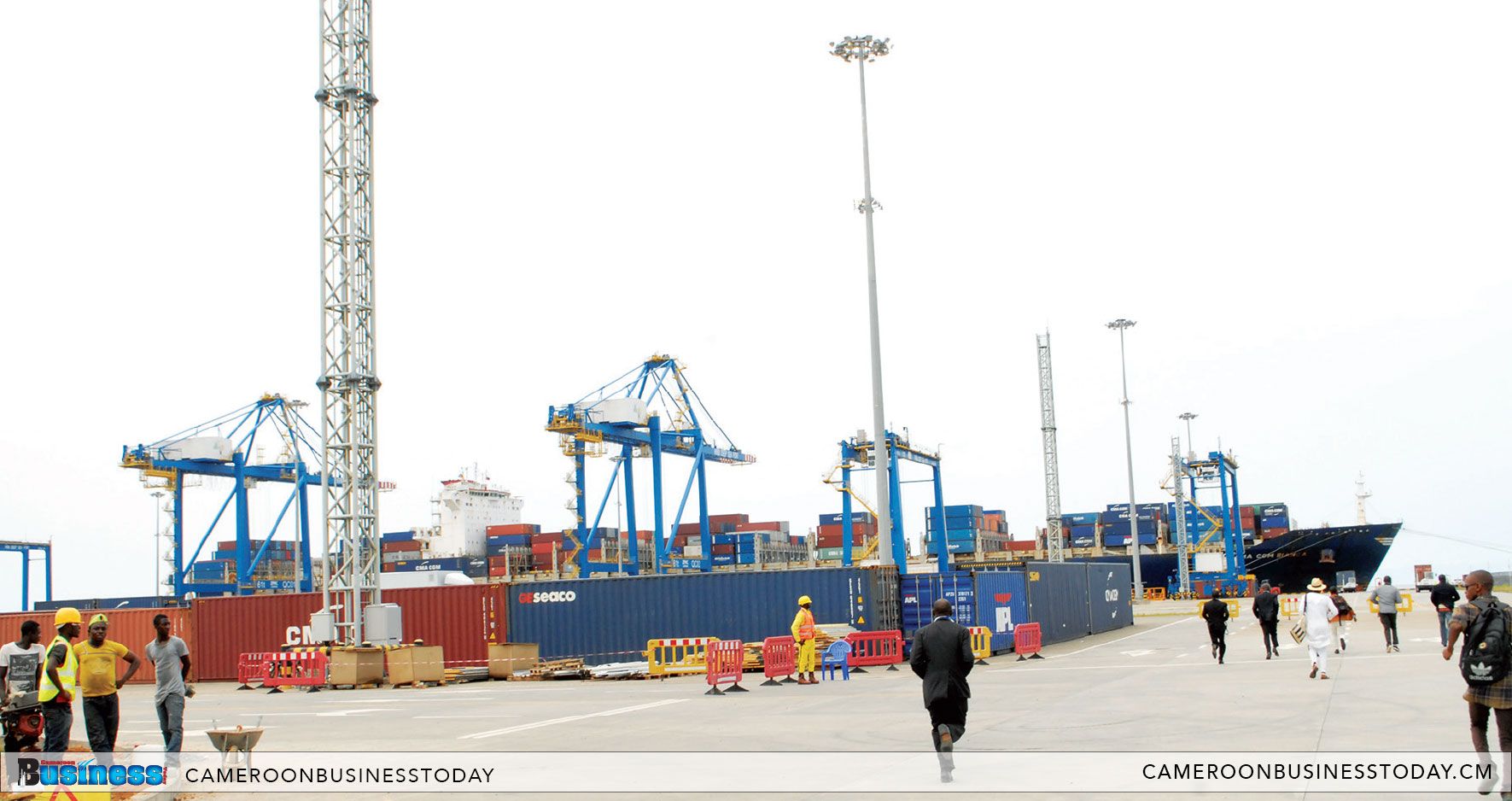 The modern infrastructure adapted to the new generation of transoceanic vessels, will transform the

The Kribi Deep Seaport has turned a full cycle in the putting in place of the infrastructure which now prides itself as the hub of sub-regional transhipment. The arrival of the first commercial ship (CMA CGM Bianca, largest ship to have ever anchored in Cameroon) at the Kribi Container Terminal, Thursday March 1, marked a turning point in the economic life of the country and the sub-region as a whole.

The 16m deep port with a dock of 350m and 18 hectares of storage surface area, Kribi Deep Seaport with its strategic location serves as a hub for transhipment connecting the Democratic Republic of Congo, Gabon, domestic destinations in Cameroon as well as Chad and the Central African Republic. This therefore implies that the volume of exports and imports will be enormous as the port serves the entire sub-region (First commercial ship had on board 8,500 containers). The port is capable to dock a 400m vessel carrying 100,000 tons of goods. Therefore, revenue accruing from the port’s tariffs as well as custom duties will swell the State purse and consequently be used for development projects. The particularity of the Kribi Container Terminal is the significant reduction in transit time. According to the Director of the Kribi Container Terminal, the port will receive will high container carriers of up to 11,000 EVP which will reduce transit time for goods. As an expert in international trade, Edwin Nche explained, the reduction of transit time reduces cost of shipment and by implication, a reduction in household costs.

With the coming into the scene of the Kribi Deep Seaport, pundits are expressing fear on the negative impact it will have on the Douala Seaport. The Kribi Seaport according to the officials of the infrastructure, plays a complimentary role with the Douala Seaport. The Kribi Deep Seaport that serves as a transhipment hub not only for the sub-region but also for domestic destinations, will significantly help in decongesting the Douala Seaport which for now is overcrowded. Government is taking measures to create a platform that will ensure fluidity of traffic between the two seaports.

The Kribi Urban Council is already celebrating the infrastructure in terms of taxes that will be collected not only from the port but also from industries that will be set up in the area. The Kribi Container Terminal which gulped some FCFA 250 billion investment is expected to generate about FCFA 22 billion (23 per cent in variable terms) annually in terms of royalties

The coming of the Seaport in Kribi is also a major attraction to industries which are already gearing up to set their base in Kribi.  Atlantic Cocoa which is already setting up its factory just a few metres from the seaport site in Mboro will provide 300 direct and indirect jobs in the locality. As the Director General of the Kribi Deep Seaport, Patrice Melom noted, some 2000 direct and 2000 indirect jobs will be generated as a result of the seaport. Daniel Lallemand, Director of Kribi Container Terminal holds that the infrastructure is a catalyst of development and currently provides 300 direct jobs with ambitions to develop a policy of sub-contracting, which is an engine to local development.