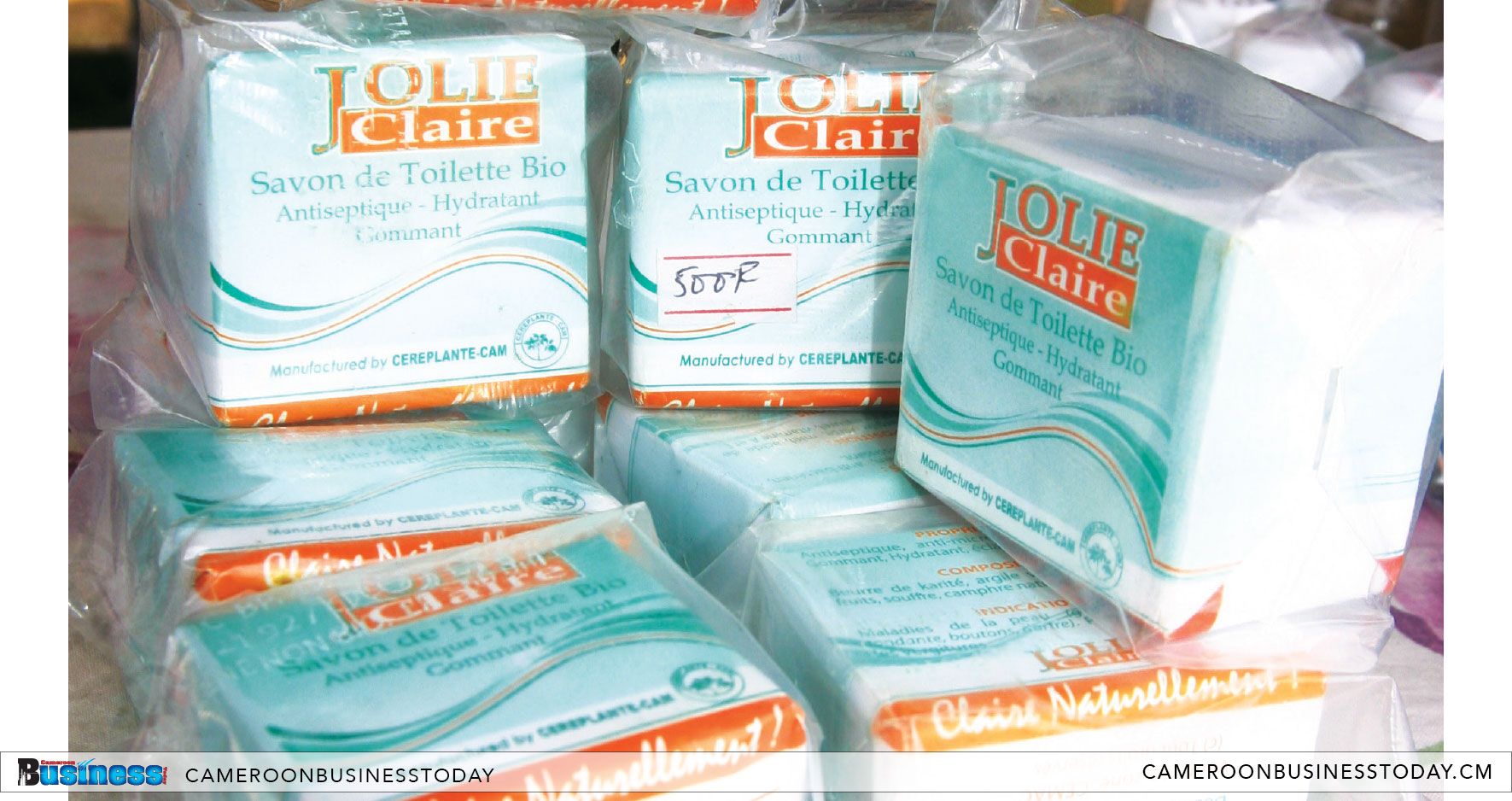 With the capacity of 1,000 cubes produced per month, the promoter wants to go industrial butãÎ

Cameroon is endowed with enormous natural resources which according to authorities and other associations are underexploited. Given that most Cameroonians have embraced self-employment as a way out of poverty, an association interested in the processing of natural plants, CEREPLANTE-Cameroun, carried out lots of research under its President, Mati Pierre and came out with the solution of skin diseases; a medicated soap dubbed Jolie Claire. The soap that accepts all types of skin including dry and fatty skins, contains unique properties that nurtures the skin and renders it smooth. Among the ingredients are honey, spirulina, acid from fruits, cocoa butter and vitamin A and E.

Though not found in well-known places including supermarkets, the President of CEREPLANTE-Cameroun disclosed that they produce 1,000 cubes of the medicated bathing soap per month. “Our priority is not to produce more but to sensitise people on the virtues of the bathing soap. Once the awareness has been raised, we shall then focus on production,” he disclosed. On how they will carry out the sensitisation, Mati Pierre said they will work closely with the media, which is considered the forth power. With the media, we are confident that the product will be known far and wide.

Once the product is known, our challenge will be to produce in industrial quantity, he went on. Though CEREPLANTE-Cameroun carry out artisanal production, producing more than 1,000 cubes of the bathing soup that is sold at FCFA 500, will not be a problem. “With time, we shall afford machines in order to produce more and why not sell in the CEMAC Sub-Region and Africa at large,” he hoped. According to Mati Pierre, the connotation ‘claire’ has nothing to do with bleaching since the soap does not change the skin colour, but gives it a smooth and soft texture. The vision of the association is for the medicated soup to be a reference in Cameroon and beyond. The artisanal association, from the Upper Plateau, recognised by the Ministry of Small and Medium-Sized Enterprises disclosed that industrial production of the detergent will curb importation.