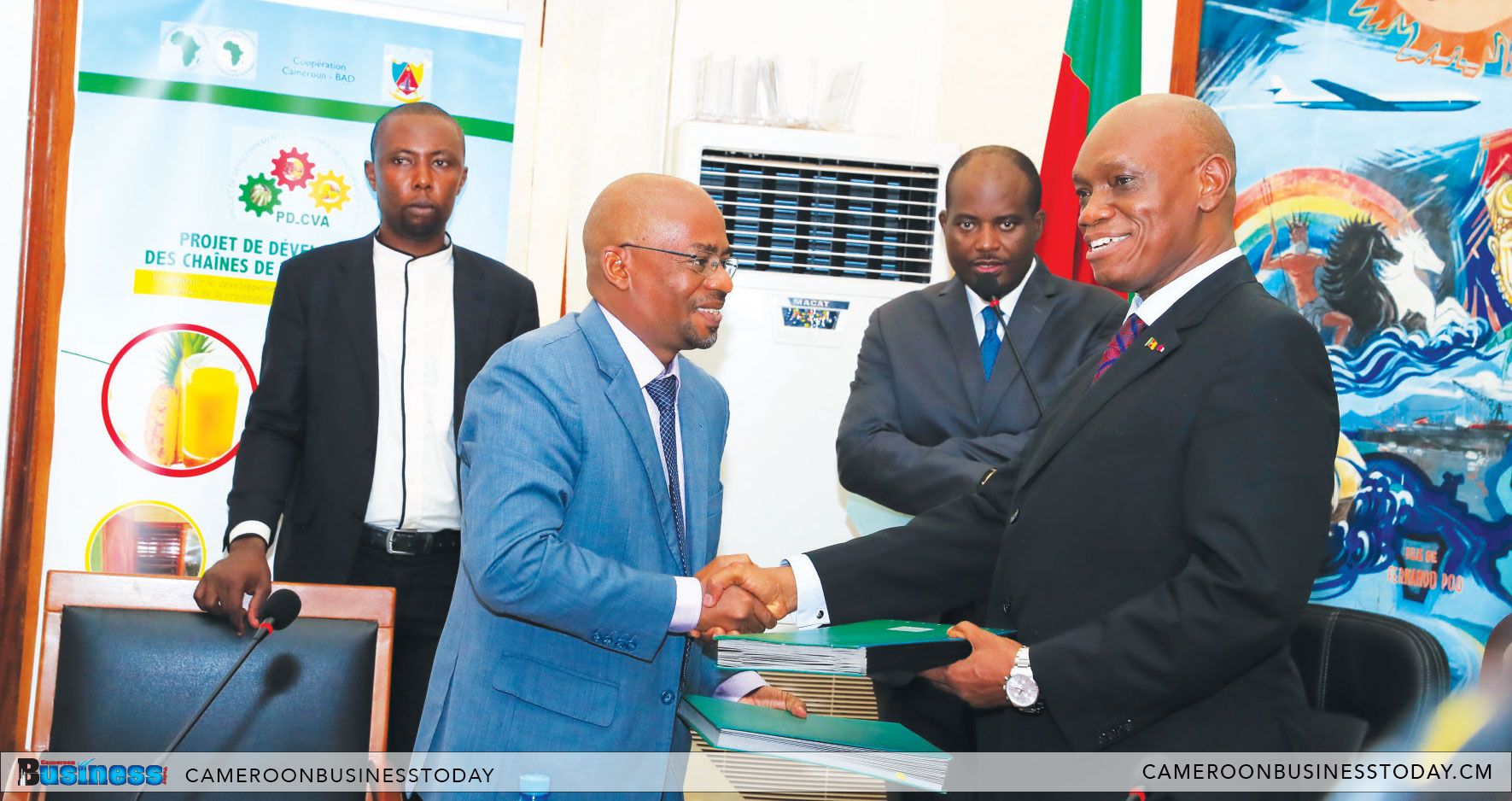 The Government of the Republic of Cameroon and the United Nations Entity for Gender Equality and the Empowerment of Women (UN Women) has signed a technical assistance agreement aimed at reinforcing gender mainstreaming in the Agricultural Value Chain Development Project.  The accord was signed in Yaounde on February 13, 2018 between the Minister of Agriculture and Rural Development, Henri Eyebe Ayissi on behalf of the government of Cameroon and the Resident Representative of UN Women, Adama Moussa in the presence of the Minister of Women’s Empowerment and the Family, Prof Marie Therese Abena Ondoa.

UN Women will provide technical assistance for the gender mainstreaming component of the Agricultural Value Chain Development Project. According to the UN Women Resident Representative, the UN entity will within the 2-year span of the contract (2018-2020) will engage in capacity building, institutional reinforcement of producers’ organisations, support in research and seeds production amongst others. UN Women, he said, will not only contribute in improving on the representative of women in producers’ cooperatives organisations but will also help in realising the global objectives of the project.

The Minister of Agriculture and Rural Development, Henri Eyebe Ayissi, on his part, stated the pivotal role of rural women in agricultural development. Thus, the involvement of the UN entity is to surmount the challenges the woman folk face in participating in such development initiatives. The project, he said, targets over 250,000 actors, among which 40 per cent will be women. The Agricultural Value Chain Development Project sponsored by the African Development Bank to the tune of FCFA 196 million for a duration of five years (2017-2022), concerns three agricultural products notably; palm oil, banana and pineapple. It is not only intended at improving the competitiveness of these products but also aims at reinforcing Cameroon’s leading role in agricultural production within the Central African sub-region. The project will also create wealth, jobs and contribute to food security in accordance to the country’s vision of remaining the power house in agricultural production in the sub-region.