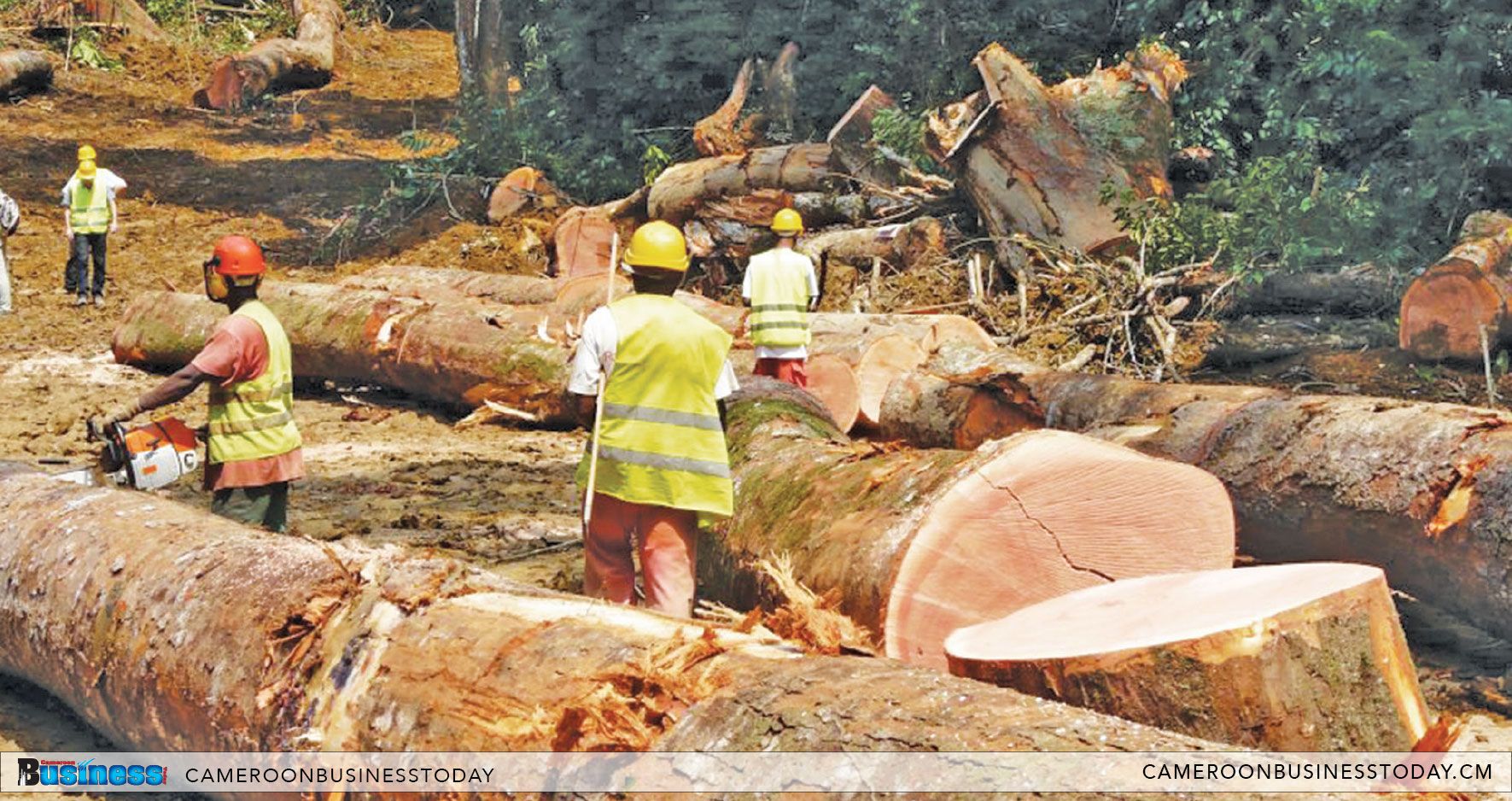 Cameroon is one of those rare countries in the world richly endowed with natural resources including forest. The country prides itself in Africa to share the vast Congo Basin Tropical Rainforest, second largest in the world after the Amazon in South America. Cameroon has the second largest forest in the Congo Basin. 22 million hectares of the country’s territory (47,565 million hectares) are covered by forest spread mostly in five regions of the country (East, South, Centre, South West and Littoral). According to the 2016 Cameroon Forestry and Wildlife Sector Handbook, published by the Ministry of Forestry and Wildlife, 17.5 million hectares of the forest covered area is currently being exploited.

Wood species such as Mahogany, Sapelle, Iroko amongst others are found in Cameroon in huge quantities alongside other non-timber forest products such as Gnetum Africanum (Eru/Okok), honey (white and brown) Irvingia gabonensis (commonly known as Ogbono or bush mango), Ricinodendron heudelotii (Njangsa). Wood from Cameroon is exported to European and Asia countries in huge quantities either raw (logs) or sawed. In 2016, for example, 746,000m3 of logs and 492,000m3 of sawn were exported.  Unfortunately, despite huge potentials in wood production, the paper and pulp industry in Cameroon is almost inexistent giving way for massive importation of paper (wood by-product). At the moment, paper and pulp is highly solicited in the world market but the supply is limited making prices to surge. It is therefore a niche a huge wood producing country like Cameroon to curve out

As for non-timber forest products, Minister Ngole Ngwese revealed that most of its exploitation is artisanal. Several hurdles account for little processing such as inadequate technical facilities. Eru/Okok for example is a widely consumed non-timber forest product locally and internationally. According to the Food and Agricultural Organisation (FAO) cited in a study on “Cross border trade in Eru” conducted in 2015 by Louis Njie Ndumbe, exportation of eru from Cameroon was valued at FCFA 5.1 billion representing 0.3 per cent of Cameroon’s export. Cameroon exported 5,117.5 tons of non-timber forest products in 2016 with a financial value of FCFA 5.8 billion. Similarly, 10,170 tons of special products were sold in the local market giving a value of FCFA 11.5 billion.

The government has adopted two broad-based approaches to boost the sector; notably the Industrialisation Plan for the Timber Sector which is an integral part of the Industrialisation Master Plan, and the National Development Plan for Non-Timber Forest Products. With these measures, which are yet to materialise, the government is poised to use the sector to rebound economic growth by encouraging value added on forest resources. As part of new measures to maximise revenue collection in the wake of falling oil and commodity prices, the government introduced a 5 per cent custom duty on some non-wood forest products (NWFP) with high value such as Eru and honey in the 2018 Finance Law.